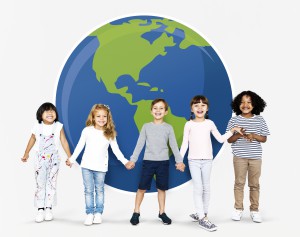 Plant-Based Eating and The Environment

How a Meaty Diet Destroys the Planet – Summer 2021

In the last few years, we have had record-breaking heat across the planet. Even the Arctic has seen temperatures that most of us can’t tolerate without air conditioning. Wildfires have ravaged California, the Pacific Northwest, British Columbia, and Australia. There is no longer any question that humanity faces a climate emergency of its own making; the only question is whether we can collectively muster the will to change our ways in order to save ourselves, and to save life on the planet.

[This story is how cutting down trees, degrading land, stripping the seas of their natural climate defense, has destroyed the natural world and climate, and how our ravenous appetites, particularly for red meat and dairy, are killing the systems that keep us alive. Not to mention the compelling expose of how industries with vested interests have distorted even United Nations reports to avoid scrutiny. Gerard Wedderburn-Bisshop ]

For decades, we have been warned by climate scientists of the danger of global warming and informed of the “best” solutions by environmentalists and activists. We have been consistently told that we need to become more energy-efficient, to move to electric vehicles, and to generate “clean,” renewable energy to meet our needs.

But what if the leading cause of climate change has been effectively hidden from public view? That is the strong case made in FOOD IS CLIMATE, the compelling new book from Glen Merzer. And some of Mark Cerkvenik’s recipes are in it! You can find it here https://amzn.to/3jtinMs

As excerpted from the book, Drawdown

“Shifting to a diet rich in plants is a demand-side solution to global warming that runs counter to the meat-centric Western diet on the rise globally. That diet comes with a steep climate price tag: one-fifth of global emissions. If cattle were their own nation, they would be the world’s third-largest emitter of greenhouse gases. Plant-rich diets reduce emissions and also tend to be healthier, leading to lower rates of chronic disease. According to a 2016 study, business-as-usual emissions could be reduced by as much as 70 percent through adopting a vegan diet and 63 percent for a vegetarian diet, which includes cheese, milk, and eggs. $1 trillion in annual health-care costs and lost productivity would be saved. Bringing about dietary change is not simple because eating is profoundly personal and cultural, but promising strategies abound. Plant-based options must be available, visible, and enticing, including high-quality meat substitutes. Also critical: ending price-distorting government subsidies, such as those benefiting the U.S. livestock industry, so that the prices of animal protein more accurately reflect their true cost. As Zen master Thich Nhat Hanh has said, making the transition to a plant-based diet may be the most effective way an individual can stop climate change.”

Our food system is rapidly deteriorating the planet, and in its current form, we will not be able to feed the over 9 billion people inhabiting Earth by 2050. Our growing population is pushing food security to the edge, and what we’re eating is pushing the planet to the breaking point on climate change and deforestation. The good news: our food can be part of the solution to climate change! To make this a reality, we must first understand how food is currently impacting our planet

Download the EcoFood Guide here – you’ll find important facts about how food choices impact the environment — plus recipes, tips, and resources to support you on your journey.