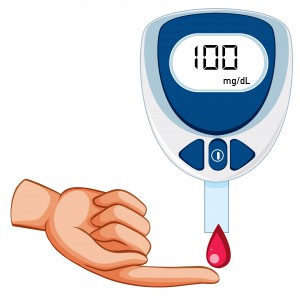 Plant-based diets are best for diabetes prevention and treatment, according to a new review published in Advances in Nutrition. Researchers with the Physicians Committee reviewed studies looking at the evidence for type 2 diabetes prevention and treatment with a plant-based diet, as well as research that seeks to explain the mechanisms that make this approach so effective. Reference: Advances in Nutrition. https://academic.oup.com/advances/advance-article/doi/10.1093/advances/nmab063/6296092

Experts from Harvard University recommend that dietary guidelines exclude red and processed meat in favor of plant-based foods for the benefit of human health and the environment, according to a publication from the American Diabetes Association.
Reference: Qian F, Riddle MC, Wylie-Rosett J, Hu FB. Red and processed meats and health risks: How strong is the evidence? Diabetes Care. 2020;43:265–271.

Adding a third of a cup of fruit or vegetables and more grains such as oatmeal and bread to your daily diet may reduce the risk for type 2 diabetes by up to 29%, according to two studies published in the British Medical Journal. The first study analyzed type 2 diabetes risk and vitamin C and carotenoid intake from fruits and vegetables in participants from the European Prospective Investigation into Cancer and Nutrition (EPIC). Results associated higher vitamin C and carotenoid biomarkers with a 25% lower risk of diabetes.

The other study compared whole grain intake with diabetes rates in participants from the Nurses’ Health Studies and found that those who ate the most whole grains, including whole-grain breakfast cereal, oatmeal, dark bread, and brown rice, had a 29% reduced risk, compared with those who ate the lowest amount of whole grains. Both studies suggest dietary interventions that increase fruit, vegetable, and whole grain intake by any amount may prove effective for type 2 diabetes prevention.

Adherence to a plant-based diet before pregnancy lowers the risk for gestational diabetes, according to data presented at the 80th American Diabetes Association Scientific Sessions. Researchers followed almost 16,000 women from the Nurses’ Health Study II, who reported at least one pregnancy over 10 years, monitored adherence to a plant-based diet using various indices of healthfulness, and tracked diabetes incidence. Results showed a significant inverse association between plant-based diets and diabetes. The authors suspect a plant-based diet led to a lower pre-pregnancy BMI and reduced intake of red and processed meat, both of which are linked to a reduced risk for gestational diabetes.

Plant-based diets rich in whole carbohydrates can improve insulin sensitivity and other health markers in individuals with type 1 diabetes, according to two articles published by researchers from the Physicians Committee for Responsible Medicine in the Journal of Diabetes and Medicine.

Red and processed meat products cooked at high temperatures create compounds that increase the risk and progression of type 2 diabetes and cardiovascular disease, according to a study published in Nutrients. Researchers compared a diet high in red and processed meat with a diet high in whole grains, nuts, and legumes in 51 participants and tracked levels of advanced glycogen end products (produced by grilling, frying, roasting, or broiling meat). Those who ate red and processed meat increased their concentrations of carboxyethyl–lysine, a compound associated with chronic disease progression, when compared to those who followed the diet with no meat.